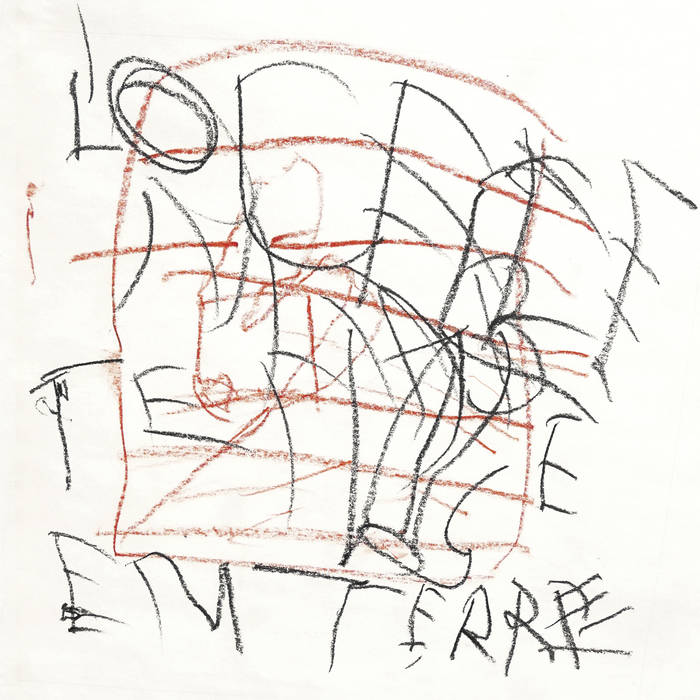 Thomas Bonvalet is a self-taught multi-instrumentalist. Having commenced his vocation as a bassist he cemented it as a guitarist at the heart of the band Cheval de Frise (1998-2004). Progressively straying from the guitar, he began to integrate foot tapping and various wind and percussive instruments into his performance, incorporating mechanical elements and stray amped-up objects into the soundscape. This formed the guiding principle of his solo project, L'ocelle mare, initiated in 2005, and continues to form the core of his instrumentation.
The release of Serpentement in 2012 marked the end of a cycle of four progressive stages, homogeneous but distinct from one another, released with successive regularity, proceeding with the elaboration of his singular set up, implicating the human body into a simultaneity of associated gestures and sonic tools and forming a commonality of timbres and tremors. This structure remained fluid and adaptable, finding a balance which lent itself quite naturally to collaborations, entering into the fields of improvisation, folk, rock and contemporary music.
In recent years Bonvalet has collaborated, most notably, with Powerdove, Arlt, Radikal Satan, Jean Luc Guionnet, Arnaud Rivière, Will Guthrie, Gaspar Claus, Daunik Lazro, Fred Jouanlong and Sylvain Lemètre.
Without renouncing his solo work, his interruption from it has allowed a slower and more elastic evolution, permitting ancient shapes to gradually metamorphose. In this way new compositions successively articulated themselves in an almost self-determining manner.
Temps En Terre is the fifth album release from L'ocelle Mare, and the first to have been recorded in a studio. The preceding releases were characterised by a marked acoustic: the echoey reverberations inherent to Serpentement were thanks to the protestant temple it was recorded in; Engourdissement was entirely recorded in forest expanses, upon ponds and enclosed within remote wood cabins; Porte d'Octobre was recorded entirely in urban spaces; and his first, unnamed album was entirely recorded in caves and churches. The pieces forming Temps en Terre however, are recorded under a harsher gaze, presented in far cruder light, comparable to that of a live recording.
The instrumentation is composite, rustic, yet paradoxically sophisticated: piano, 6 string bass banjo, mechanical metronome, tuning forks, claves, hand and foot clapping and tapping, mini amps, amps, subwoofer, microphones, small mix desk, bells, mouth organ fragments, concertina, componiums, "stringin it", audio ducker, drum skins,
clockwork motors...

Recorded in february and april 2017 at Studio Chaudelande by Emmanuel Laffeach (tracks 2, 3, 5, 6, 7, 8 & 9), in october 2016 at Studio Brazil by Javier Ortiz Fulton (track 4) and on a mobile phone (track 1)
Mastered by Adrian Riffo
Cover made with the help of Cléoma Bonvalet Velasco and Greg Vezon
L'Ocelle Mare is Thomas Bonvalet
Kythibong - 2018