by UNITED COLOR OF BLACK METAL 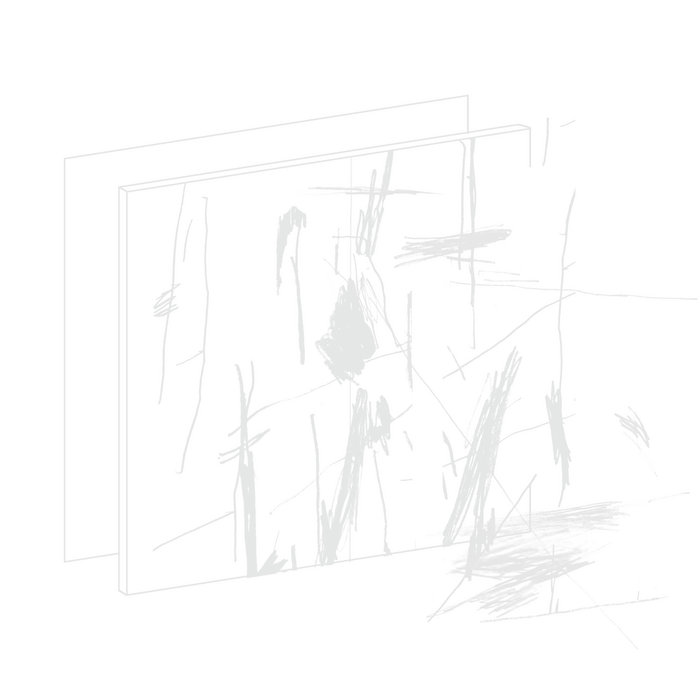 a Jazz Noise "It begins with a gallop, a heartbeat, an organismic rhythm… fractionally-dissonant beats attempt to interrupture the flow, without success... another layer..."
bit.ly/UCBMSync
On aJazzNoise's 'picks of 2021' list: bit.ly/ajn2021picks

Member of the rhythm section of La Colonie de Vacances, Jean-Baptiste Geoffroy — the singularly sharp drummer of Pneu, Papaye or Binidu, and sound sculptor in Tachycardie (a shamanic project of polymorphic
drones) — joins forces with Guillaume Brot, guitarist of Llamame La Muerte and Tu Brüles Mon Esprit for a project that’s light years from a guitar / drums two piece planet.
United Color of Black Metal shows us “all the color” in abstract and experimental forms and offers to hear an intriguing “Petite Musique of Noises” which evokes the work of the heroes of the electroacoustic / noise of the dawn of the 90s as well as the sabotages of the electronic twists of the turn of the century.
Both UCBM machinists set in motion a noisy menagerie — frequencies and trajectories voluntarily escape their intervention. It gives to their fragile constructions an additional freedom and some dynamics.
Heterogeneous sound objects confront each other in a minimalism that tames the unpredictable; these moving sounds seem to be left to their own devices, intersect, flee, and sometimes confuse their courses in
precious moments — it’s sensitivity and narrative power generate a real poetic dimension.
This cerebral music refuses to start a beef. It draws using a palette of imperfect and damaged concrete sounds: magnetic pulsations, eroded tones, dirty oscillations, tinkling of wood and metal, residual breath
and rustling of all kinds.
Articulated in six parts, from I to III and from V to VII, Synchronicités connects arrhythmia distillations, busted gamelan and concrete epiphanies in pieces rarely exceeding five minutes. You’ll hear the first
crackling of the transistor — and when the slightest caress will rumble, your ear will be trapped, captivated and attracted into a new sequence of an “ear cinema” knocked up under the lean-to of your backyard.
If there is anything black about United Color of Black Metal — apart from the shadow in which Brot and Geoffroy indulge — it is undoubtedly the humor. Neither multicolored, nor really black and even less metal,
at most furtively metallic, this project is above all resolutely elusive. Synchronicités offers in a polished sobriety a serious, loose and challenging music displaying a persistent smirk. These pieces recall the
compositions like Illusion of Safety of Dan Burke as much as the sound trademarks of the German labels AMusik and Sonig.
Allow me introduce the second LP of United Color of Black Metal — an easy-listening record for deaf & tough guys.