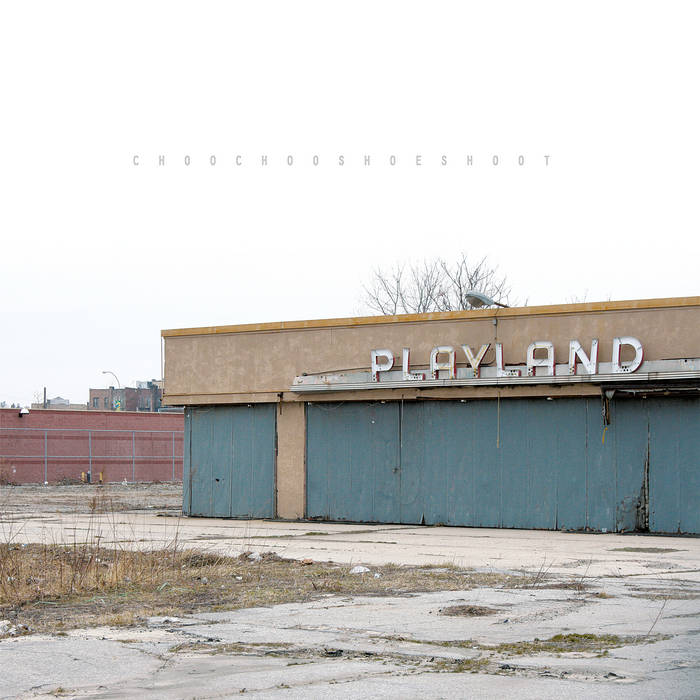 CD and LP are sold out

CHOOCHOOSHOESHOOT was founded in November 2004 by Philippe (who formerly played guitar in the early-90s noise combo Pig Iron), Thomas (drums), and Gildas (Baritone guitar).
Chrystelle (vocals) joined the band in 2006 and in September, they recorded their debut EP with Thomas Lecorre (Moller Plesset), playing a number of shows shortly after.
In August 2007, sound engineer Miguel Constantino (Fordamage, Passe Montagne, Papier Tigre - among others) recorded the first album: nine tracks, raw and live-sounding, to which Bob Weston (Chicago Mastering Service) added the finishing touches. Choose Your Own Romance was released in June 2008 in CD and LP format by the Nantes-based record label Kythibong. The band was then invited by Gentle Veincut to add their contribution to a CD compilation put out by Whosbrain, in September 2008.
It was also in 2008 that Chrystelle parted with the band, quickly replaced by Caroline. During the course of 2009, CHOOCHOOSHOESHOOT got to perform at the Fuckfest festival in Paris, along with several prominent French noise bands, before going on a tour in the West and the South of France, followed by a number of more sporadic gigs.
In 2010, the band began work on their second album, which was recorded live in December 2011, once again by Miguel Constantino, in Quimper. The eight-track record Playland was then both mixed and mastered by Constantino, and will be released in LP format in June 2012 by Kythibong, Rejuvenation and A Tant Rêver du Roi.
CHOOCHOOSHOESHOOT does raw and direct noise rock, strongly influenced by the likes of Jesus Lizard, Shellac, Dazzling Killmen, or Big'N - in line with what is referred to as the 'Chicago School'. One striking feature of the band's sound is its ability to take you into cold, suffocating abysses - 'a fouled, feverish universe' (kfuel.org) -, in which the female vocals, with their oppressive and sometimes eerily melodic edge, constantly strain their way out of the manifold traps laid by the two scalding guitars and scathingly sharp drums.