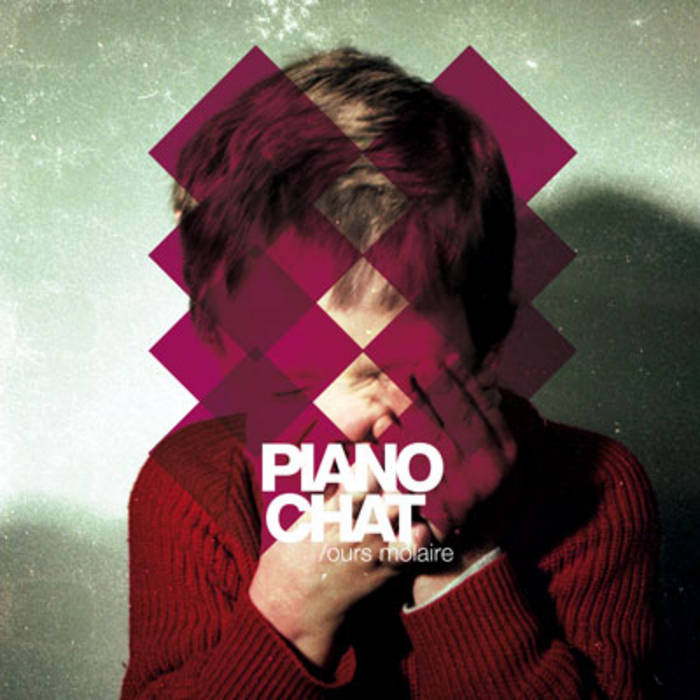 OURS MOLAIRE CD is sold out.

Alone with just his guitar and remnants of a drum kit, Piano Chat loops himself in live, along with cascades of keys to invoke the soaring walls of sound only real post punk can make you dance to. Marceau Boré is the ex leader of the lamentably unknown band LADYBIRD LALA BAND. Since the end of 2008 he's stood alone on stage, or on the floor amongst the crowd, multiplying his voice to levels only Canadian choirs can achieve, all whilst giving a solid nod to his brothers in the French-Indie-Noise scene.
His first EP «ours molaire» will be out soon, recorded by Jérôme Vassereau (guitarist from the amazing band, PNEU) will be OUT SOON.
For a taste of what's to come, visit www.pianochat.fr and catch a glimpse of what a mix of Arcade Fire and Sonic Youth would sound like if they both bands were comprised of only one (and the same) member. Think pretty pop meets angry fuckin rock.
Marceau Boré works also for a Belgian theatre company and is also the bassist for BOOGERS. He's also involved in many art, photography and video projects.

Piano Chat is Marceau Boré.
Guests : Pneu on '(A Outrance)', Boogers on 'La Fontaine'
Recorded and mixed by Jérôme Vassereau in december 2009 and january 2010 at le Label Bleu in Tours
Mastered by Ivan Chiossone in april 2011
Pics by Patrick Verdier
Artwork by Marceau Boré
Kythibong / LesPourricords - 2011