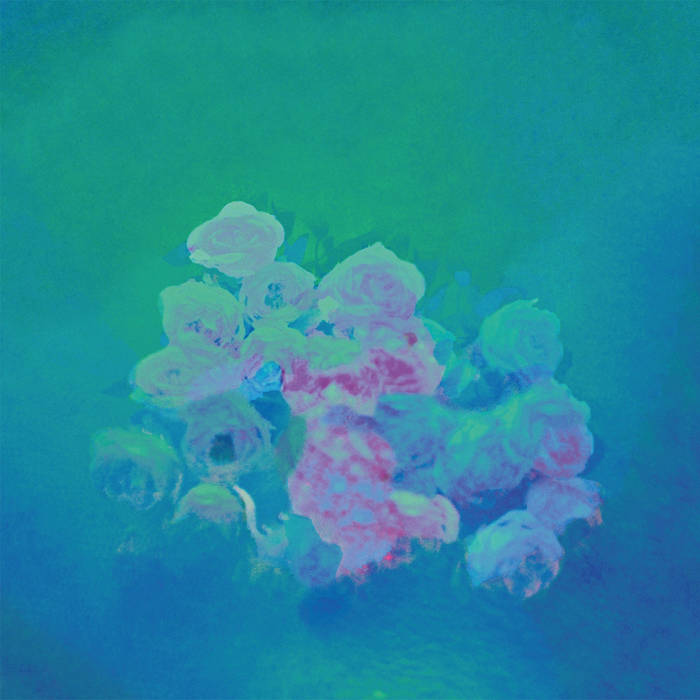 III, the aptly named third album by Strasbourg trio Electric Electric sets an inner revolution in motion: While curbing their electric arc in order to better develop the trio’s foundational repetitiveness into an increasingly singular and assertive sonic entity, III creates a cohesion just as massive, dense and transcendental as a pyramid.

Formed in 2005 within Strasbourg’s underground punk scene (amidst squats, fanzines, self-production and self-management) the trio made up of Eric Bentz (guitar, vocals), Vincent Robert (synths, vocals) and Vincent Redel (drums) has quickly gained a reputation for their both electrifying and danceable concerts; mixing krautrock highways with math-rock accidents, noisy scratches and integrated electronics. This musical hot-rod has criss-crossed highways from here to there, from the ZXZW Festival in Tilburg to the Eurockéennes in Belfort, over to Tapette Fest, on to the Route du Rock via Jazz à Mulhouse, Les Rockomotives, Musiques Volantes, South by Southwest (USA) and Pop Montréal (CA) to name but a few...

The trio put its hybrid, polyrhythmic engine into serial production with their two dynamic and streamlined albums, Sad City Handclappers (2008) and Discipline (2009). At breakneck tempos they combined power (volume) with accelerations (motorik) and tight bends (virtuosity) or as one well-versed journalist put it simply: “The power of Slayer at the service of Shellac”. A kind of magic potion to which we will add a few ingredients, be they psychedelic (Silver Apples); krautrock (Can, Neu!); post-punk (PiL, Muslimgauze); futuristic (TransAm, Add N To X) or all of the above (Boredoms, Clinic, Suuns, Nissenenmondai, Beak>)

Not only having shared their tour bus with No Means No, TransAm, Psychic Paramount, Lucky Dragons, Action Beat, Monotonix or The Intelligence, Electric Electric also appear regularly as part of the savage quadraphonic venture named “La Colonie de Vacances”, offering punk concerts comprising four bands (in collaboration with Papier Tigre, Pneu and Marvin) during which 11 musicians encircle and lock down an audience who are transfixed from North to South, East to West and quite frankly don’t quite know which way to turn.

However, rather than pursuing compromise and dispersal often inherent to such cooperative endeavours, the leading trio seems to have learnt from this communitarian experiment just how important the need to confirm and assure their idiosyncrasy and inner cosmos really is.

The new-born album III appears to be a small revolution when compared to the original elements which built up the trio’s electricity (festiveness, frenzy and instrumentals).

Eric, mastermind of the band’s aesthetics, initiated this evolution in 2014 when he began sending demos without guitar riffs or drums to his associates. Instead, the demos thrived on ambient soundscapes, spectral and unprecedented voices and slow, distant tempos. A mutual momentum and a two-way tension were born: the possibility for personal desires to be realized within the shared space of the group as well as the thus-far unexplored opportunity to open up composing to the other band members, in the aim of finding a common style.

This personal need to slow things down and strike more softly while, in the midst of everyday violence, trying to seize a specific, radiant detail (be it an innermost thought which induces a state of trance and exaltation or a muted concern about today’s social and political injustice) is accompanied by the two other members of the group; The trio tune in their instruments to put up a smokescreen, mixing epochs and references, unravelling the rough outlines of an event to build up to an immersion within layers of sound and production details - all the while combining various musical influences with their already overcharged DNA: We can pick up on hints of contemporary classical music or electroacoustic music, from GRM to Morton Feldman, to the experiments of Coil, Scott Walker or more recently the work of electronicists such as Lee Gamble and Vatican Shadow.

Despite all of this work around textures, timbres and frequencies (facilitated by long epistolary exchanges between Eric and Vincent Robert while the latter was working on production and mixes in Nantes) combined with a strong presence of vocals and singing (Les Bêtes even includes a section of spoken-word by Philippe Poirier from Kat Onoma) does not mean III totally breaks away from the trio’s previous style; it rather deepens and characterises their ambitions.

Using dance, trance and profane rituals to enthuse liberated bodies through repetition, difference and event, Electric Electric’s music continues to be political in its own way. Although less by direct evocation (as with Dassault, Black Corée or Klimov which references the Russian author of a Soviet War drama film Come and See) than by the mission the trio has given itself: liberating bodies, making one forget oneself, causing elation and allowing people to live an experience fully, candidly and without constraint if only for the duration of a concert.

III therefore asserts and confirms Electric Electric’s identity and style. It is an album that doesn’t resemble the trio (inasmuch as it is not what we expected from them) yet it resembles them greatly (in that it reflects what they truly are). Isn’t it often the case that when searching for the most intimate things and the most personal experiences that we touch upon something we might call universal? It is without a doubt that many people listening will recognize themselves in this re-birth.