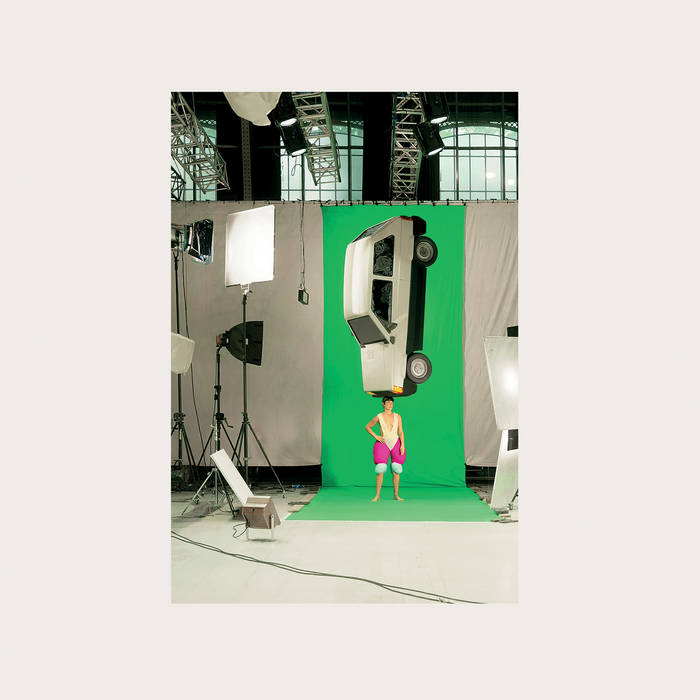 Eusapia Klane is an audiobook whose instrumental part composes the music of the entire Périmètre de Denver. Eusapia Klane is one of the main characters of the circus piece Le Périmètre de Denver.
This 20-minute audiobook dwells on Eusapia Klane going to the car dealership, thinking that she can probably trade in her current car for a new one. So she tries a car, with which, suddenly, she runs away. Eusapia never left her town. She heads for Malaxy, a bright urban enclave. In this city, she will meet Souriah, a woman who will deliver an augural
message to her. Eusapia then decides to leave with Souriah, again in another city, but still in the same stolen car. The grass is always greener elsewhere. It is often from banality that the most acute surrealism emerges.
This audiobook acts like a spin-off from Eusapia’s character perspective, as it tells us about the days leading up to the Périmètre de Denver’s story.

Author, circus artist, actress, Vimala Pons first trained in sports and classical guitar, before studying art history and cinema. A passage through the Free Class at the Cours Florent naturally follows as well as training in juggling, axes throwing and balance at the CNAC. From 2011, she appears regularly in French cinema, notably with directors Antonin Peretjatko and Bertrand Mandico. Since 2010, she has been creating circus pieces with her stage partner Tsirihaka Harrivel where musical creation plays a key role.
After GRANDE (2017), the two artists separately imagine two forms stemming from it which respond to each other: La Dimension d’après (The Dimension after) for the first and Le Périmètre de Denver (The Perimeter of Denver) for the second.